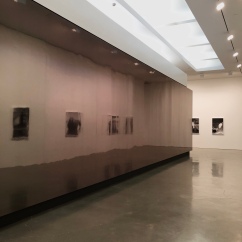 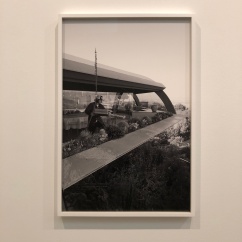 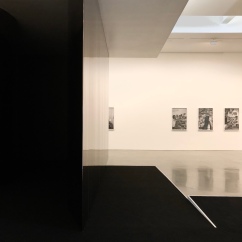 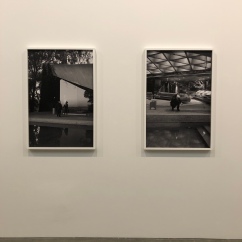 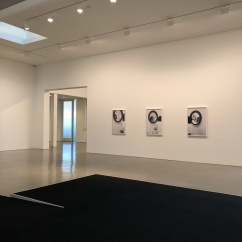 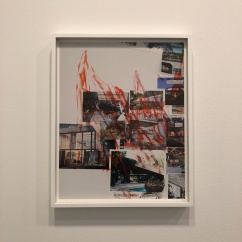 Regen Projects is pleased to debut The Modernist, Catherine Opie’s first film. This marks the artist’s ninth solo exhibition at the gallery.

For over thirty years, Catherine Opie has captured often overlooked aspects of contemporary American life and culture. One of the most important photographers of her generation, her photographic subjects have included early seminal portraits of the LGBTQI community, the architecture of Los Angeles’ freeway system, mansions in Beverly Hills, Midwestern icehouses, high school football players, California surfers, and abstract landscapes of National Parks, among others.

The Modernist presents a dystopic view of Los Angeles, a city that has figured prominently in Opie’s work over the years. The film is in conversation with Chris Marker’s radical 1962 photo-roman, La Jetée, which utilizes still photography to tell a story of longing, time travel, and the terror of nuclear apocalypse. Opie’s film continues this dialogue, employing similar formal and narrative structures to a different end. Focusing on contemporary issues like natural disasters, the breakdown of the American political system, global tragedies, and the Los Angeles housing crisis, the film stars Stosh, a.k.a. Pig Pen, a close friend of Opie’s who has appeared in many of her photographs, as a struggling artist who is obsessed with landmark midcentury modern architecture.

Composed of over 800 black and white still images, the 22 minute film unfolds with swift pacing. Each still captures the subject and his world from multiple angles and vantage points, creating a lyrical cinematic effect. Throughout the film, the protagonist clips newspaper headlines and product advertisements and assembles them together to construct an elaborate collage that echoes his psychological state. The multilayered collage illustrates his frustrations and desires and provides a visible catalyst for the destruction that is to come. Over the course of the film his inability to obtain these desires and dreams drives him to commit acts of arson, methodically setting fire to iconic buildings throughout the city. Yet the film’s oneiric quality forces the viewer to question whether what transpires is an act of destruction or a dream.

For the exhibition at Regen Projects, Los Angeles-based architect Michael Maltzan constructed a theatre within the gallery in which visitors can view the film. The architectural design of the theatre mimics the lines and curves of the various modernist structures portrayed in the film. Along the walls of the gallery, 33 photographs depicting various scenes from the film provide an alternative way to experience the work.

Catherine Opie was born in Sandusky, OH in 1961 and received her B.F.A. from San Francisco Art Institute and a M.F.A. from California Institute of the Arts. Since 2001, she has been a professor of photography at the University of California, Los Angeles.

She lives and works in Los Angeles, CA.