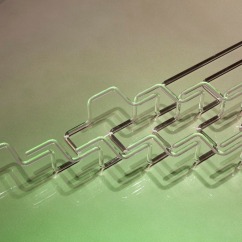 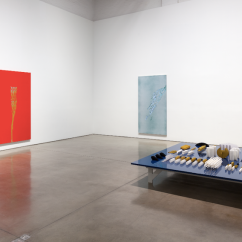 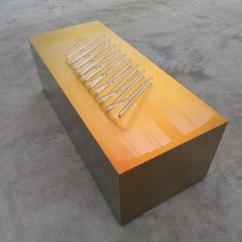 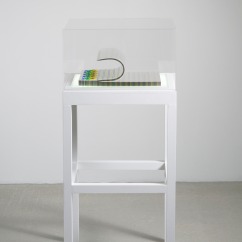 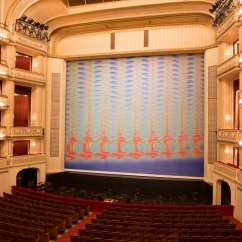 San Francisco-born, New York-based artist Tauba Auerbach has described her work as an attempt to reveal “new spectral and dimensional richness…both within and beyond the limits of perception.” Engaging a variety of media, ranging from painting and photography to book design and musical performance, Auerbach explores the limits of our structures and systems of logic (linguistic, mathematical, spatial) and the points at which they break down and open up onto new visual and poetic possibilities. In her acclaimed series of Fold paintings, first introduced in 2009, Auerbach presents powdery trompe l’oeil surfaces that register the traces of their former three-dimensionality. Painted with an industrial sprayer, the works draw attention to the physical properties of pigment imitating light.